Find Your Voice project – the story 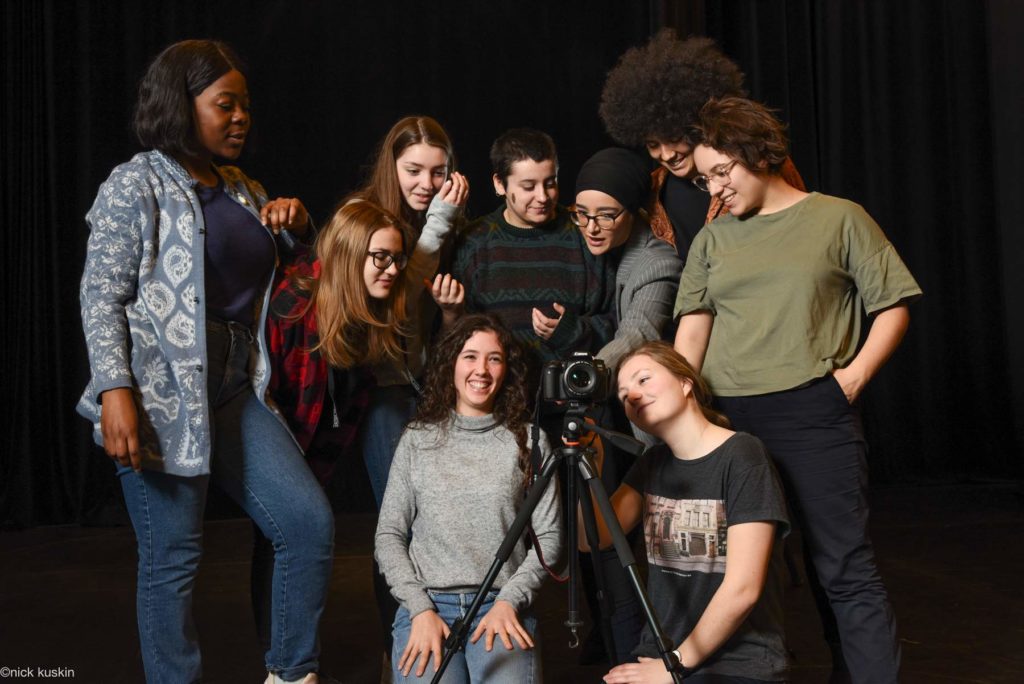 ‘Find Your Voice’ was a project aimed towards teenage girls and young women’s development of the digital, technical, and artistic skills to raise their aspirations and achievements in the related fields. With newly found confidence and knowledge, the participants created a video on a topic they cared about.

In the 21st century, having a voice in the public online discourse increasingly relies on our ability to creating an impactful and engaging piece of content. Video is becoming one of the most prevalent means of doing so.

Being an active and relevant online creator requires a varied skill set. Next to the capacity for creativity, it is necessary to practise the digital and technical skills, while fostering the confidence and resilience essential for participation in the public conversations online.

The process of video-making develops all of these skills through practical application and a very personal project. These are also highly valued skills in the 21st-century economy.

Encouraging today’s generation of teenagers and young women to fully engage in the shaping of our societies and their futures was at the core of the programme.

I always felt like I was meant to do something that would change tomorrow. This could just be the beginning.

Laure Robbens in her application to ‘Find Your Voice’

The project consisted of seven all-day workshops that covered various aspects of video-making and online content creation. Nine girls and young women, aged 16-22, participated in the project between November 2018 and March 2019.

Through the course of these workshops, the participants: 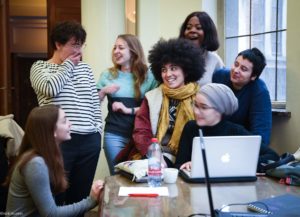 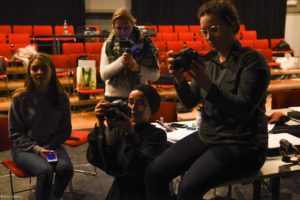 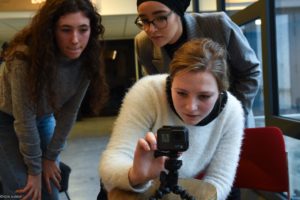 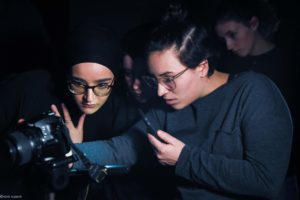 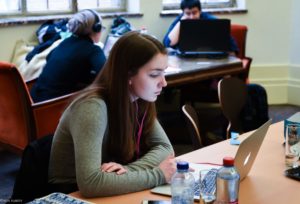 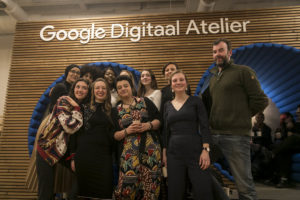 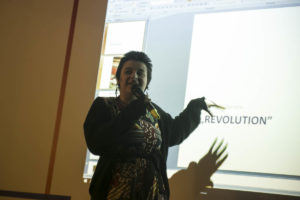 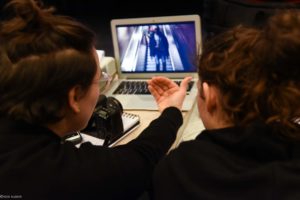 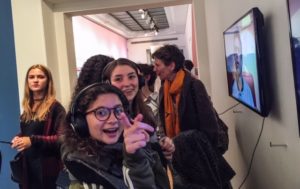 The participating girls and young women experienced all intricacies of the film-making process by elaborating on their initial ideas when writing and refining their scripts, to finally film and edit their footage in a way that effectively carries their meaningful messages.

16-year-old Zoe Popovici interviewed her father about his memories of socialist Romania, reminding the young people of today to “Never take freedom for granted“.

Nuria Outojane, 20 years old, filmed a short movie “Eh, Fellaini!” to represent what it feels like to have afro hair.

In an exceptional film-making debut that became “Revolution”, Ana Maria Zaharia created a visually-engaging short about a young person’s struggle to find peace within the busy metropolitan streets.

See all videos of ‘Find Your Voice’ project

The interplay of simplicity and power in 16-year-old Lucie Bibbo’s “If Brussels could talk” shows her fascination with her city as a place of exceptional diversity.

Laure Robbens, 17 years old, joined the project with a motivation to learn how to promote change within the field. As an empowering take on women in film-making, “Don’t let fear stop you” allows her female friends involved in the project to explain what participation in ‘Find Your Voice’ meant for them.

Diana Przeor, 16 years old, created a short film “Searching” that depicts the endless search for meaning in the journey of human existence.

Find Your Voice gave me space and time – the ingredients essential to create.

Greta Fjelmann recalls her participation in the project

The videos were premiered on the March 27th 2019 at Google Digital Atelier, with 75 people attending the event.

Subsequently, they were displayed as part of the ‘Next Generation, Please!‘ exhibition in BOZAR between 9th May and 30th July 2019.

Three participants of ‘Find Your Voice’ were interviewed by BRUZZ TV about their creations and their participation in the project. Another one was featured in ‘T’es de sortie‘ programme on BX1 TV.

The cultivation of video-making skills and personal capabilities was at the core of the programme, allowing the participants to reinforce their professional profiles. Yet, something out of the ordinary flourished between the girls. The group slowly, but surely, developed into a peer support network of women with similar ambitions and aspirations. Then, the project meetings became a safe environment to share creative ideas and grow together. Until finally, a strong sense of sisterhood bloomed between them.

Who made this project possible?

‘Find Your Voice’ was managed and produced by the European Activism Incubator, and made possible by the financial support from BOZAR (under the Next Generation, Please! programme) and Zinnema. 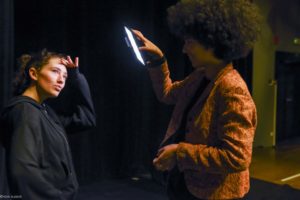 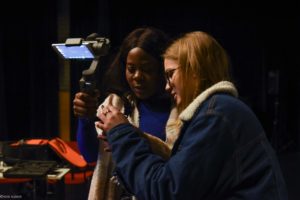